Love the new plaque ordered by Plan Bee Honey Bee Sanctuary for the Marple Website's sponsored hive. To see how you can help too visit https://planbee.uk/how-can-you-support-us/ 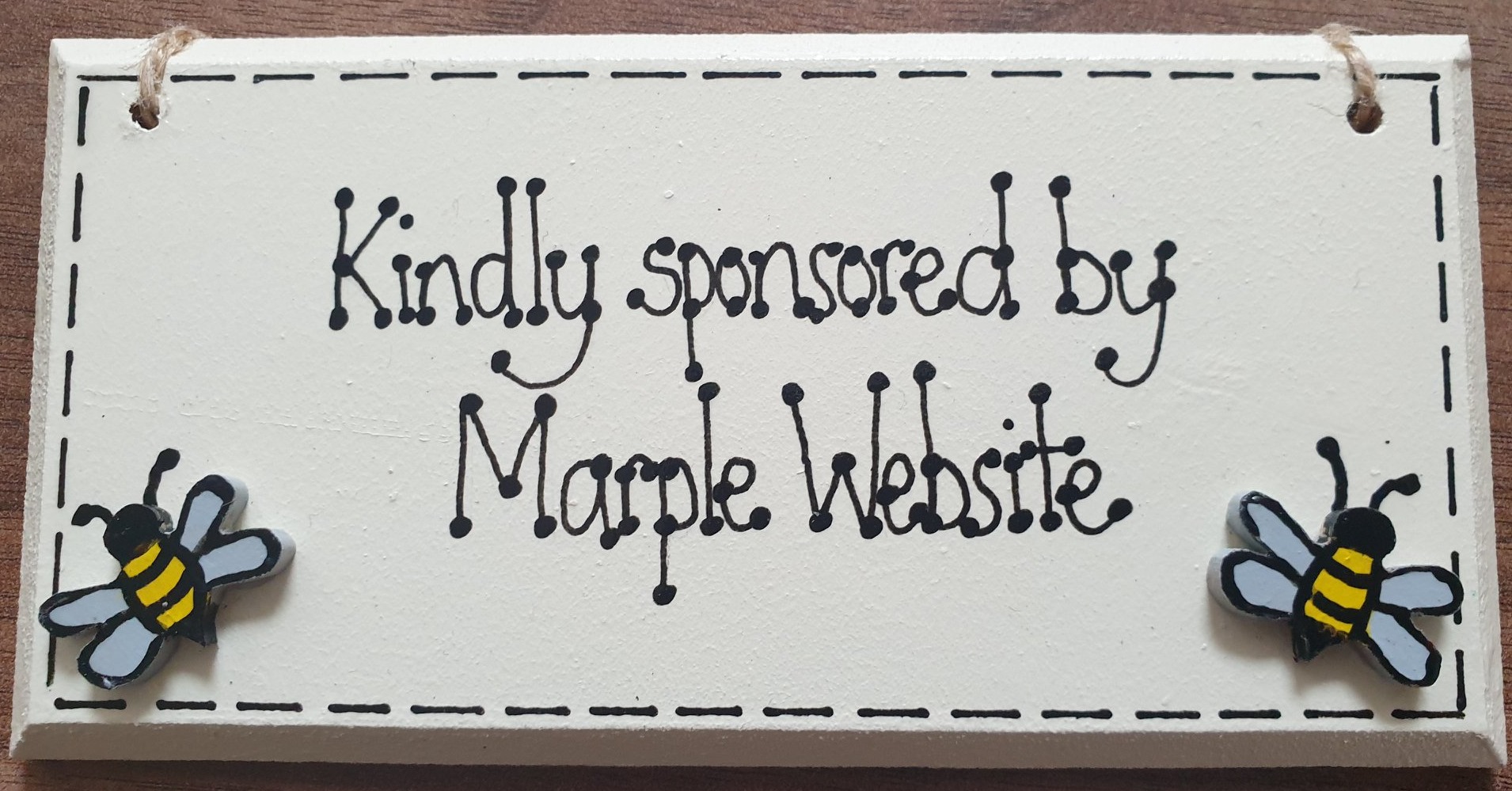 In the summer of 2019 we came home from a trip away to discover that honey bees had moved into the old Dove Cote in our garden. We had given up keeping doves many years ago due to problems with pigeons and I had reduced the size of the entrances so that only smaller birds could get in. We regularly had Blue Tits, Great Tits and Starlings nesting in them over the years. It must have been pretty palatial for them compared to a regular bird box, especially the penthouse on top! 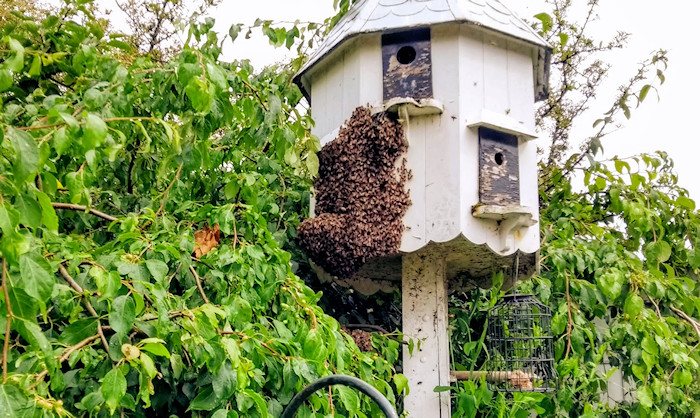 We understand the importance of bees and they were far enough away from us not to cause any real problems, so we were happy to leave them alone to get on with their lives.

This year, especially during the heatwave of Covid19 lock-down in May 2020, the bees were really busy. Whenever it got really hot they would be incredibly active and it was amazing to watch.

The video above shows the biggest swarming we had and we wondered if they were working up to leaving for a new home. Shortly after this a huge number of bees settled on an old cast iron post covered in honey suckle near to our back door. At first we thought they had all left the Dove Cote but later we realised that this was a break-away group following a new queen and the hive had split.

A bit too close to home!

Due to the proximity to our back door we were a bit more concerned about how long they would be there and decided we better talk to an expert. Just by chance Carl Nicholls, co-creator of Plan Bee Honey Bee Sanctuary in Poynton, had recently shared their web site details on one of Marple's Facebook Groups, so I sent a direct message with photos at 6.20am on the morning of 3rd July, hoping to hear back later that day. Carl is obviously an early-bird too and was here soon after.

A morning of excitement!

We certainly had a morning of excitement once Carl arrived. After he was all set-up Carl used his "Bee Hoover" (it looks a bit inhumane but the Henry's sucking power is reduced to a gentle flow so not to harm the bees) to scoop them all into a bucket and then place them in a hive close to where they were hanging out. There is food in the hive and what happens is that with the queen and most of the bees inside, they will quickly settle and decide this is their new home. In fact when we got back from a bit of shopping that morning the bees were flying in and out of the new hive quite happily.

Later, in the early evening when things had settled down even further, Carl and Helen came back to collect the hive and relocate it to the Plan Bee reserve in Adlington. The original colony of bees remains in our Dove Cote and hopefully in another year or two this will happen again.

We were really pleased with the speed, efficiency, enthusiasm and expertise exhibited by Plan Bee. They even left us a jar of raw honey and gave us a couple of updates on how the hive was progressing. What we hadn't realised to begin with is that Plan Bee is not really a business, they are not keeping the bees only to sell honey or make a profit from it. They are just completely bee-bonkers and want to help them and educate people about their importance.

We've been so impressed with what Carl and Helen are trying to do that The Marple Website has donated £30 to become a Silver Sponsor of "our" hive for the next 12 months.

Browse the Plan Bee Honey Bee Sanctuary web site and see how you can support them too! 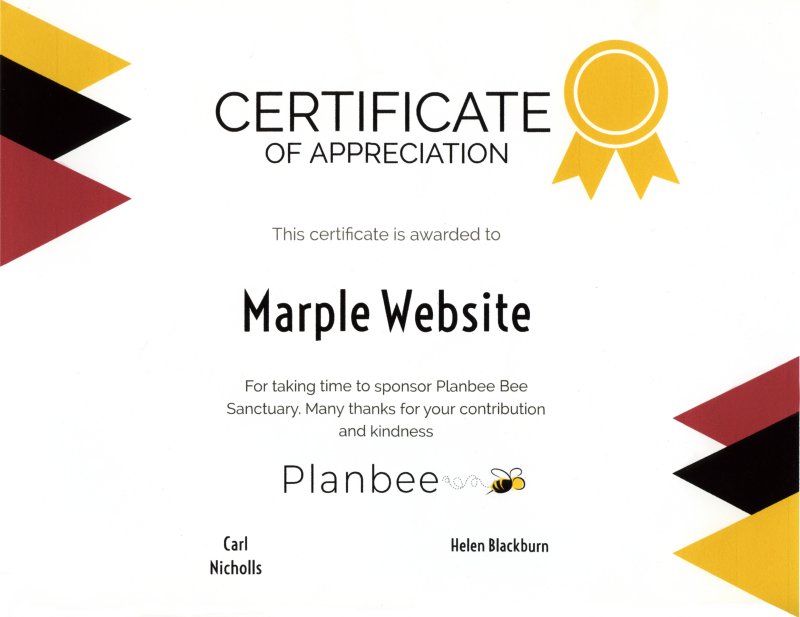