Mayoral Awards for Marple Trio in 2022

The outstanding community spirit of three Marple volunteers was acknowledged by the Mayor of Stockport, Councillor Adrian Nottingham, and representatives of the council during an awards ceremony in Stockport Town Hall Council Chambers on Monday 28 March 2022.

Local residents Kevin Murray, Phil Cooke and Mark Whittaker were each nominated for a Mayoral Award in recognition of their personal contributions to the Borough of Stockport by local councillors. 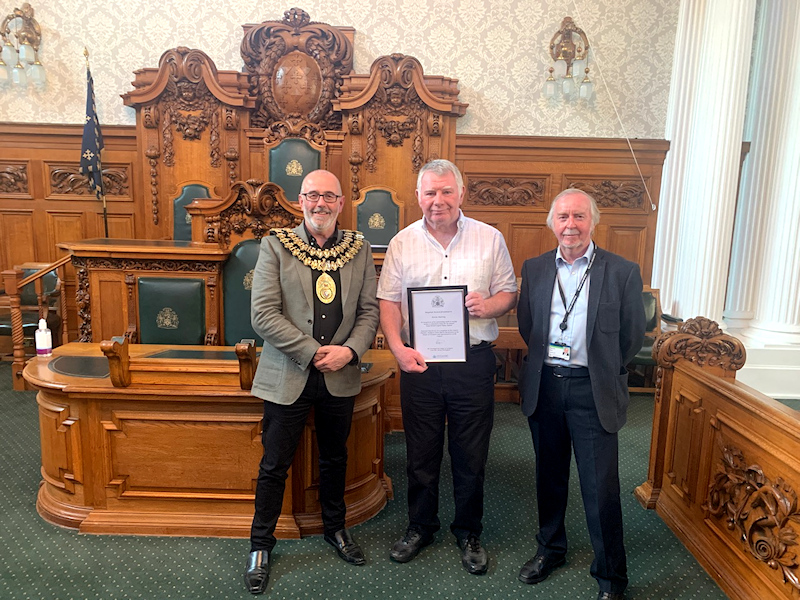 Kevin was nominated "In recognition of his outstanding work in raising money in innovative ways for the annual Royal British Legion Poppy Appeal."

Kevin was surprised to be nominated for this award but happy to accept it on behalf of the Marple Poppy Appeal Team and Volunteers, for without their help and commitment it wouldn't have been possible to achieve the success they've had over the last few years. Kevin added, "My sincere thanks go to each and everyone of them." 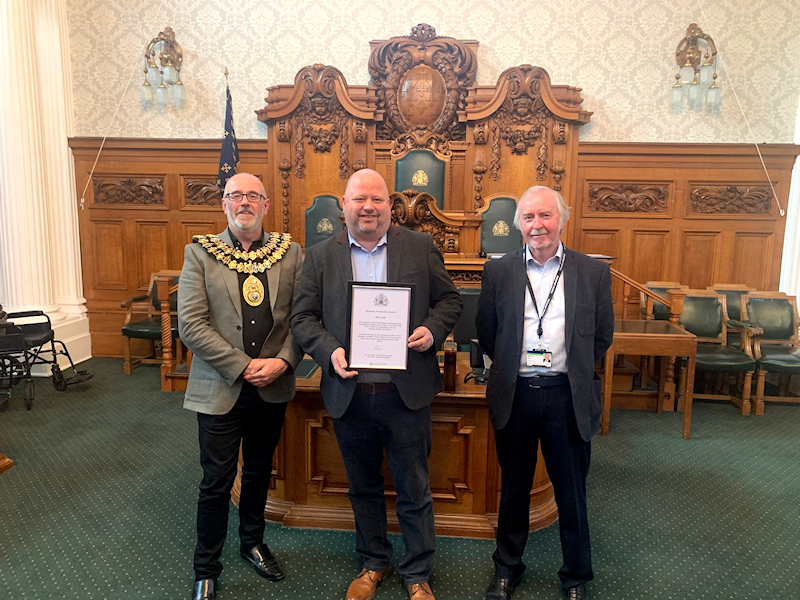 Phil was nominated "In recognition of his outstanding community spirit, exemplified, amongst other things, in his leadership of the Compstall Community Council and Marple Bridge Association."

Phil, whose "other things" include his determined drive to ensure our local area is properly covered by life-saving Community Defibrillators, was also eager to stress that everything he does is part of a team effort and the award is for all those that have helped in the community through the years. 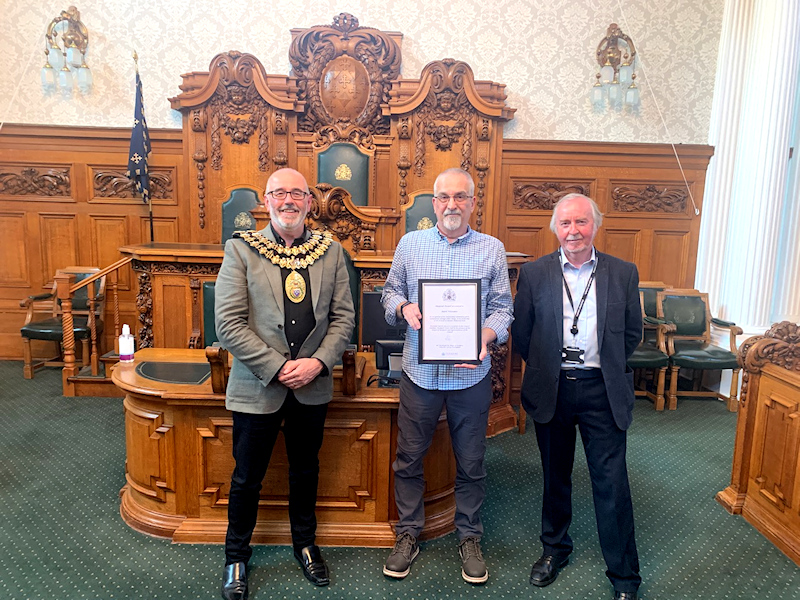 Mark was nominated "In recognition of his outstanding community spirit, exemplified, amongst other things, in his leadership of the Friends of Marple Memorial Park."

Mark, whose "other things" include running The Marple Website for over 22 years, also acknowledged the support he receives, saying; "Although I was nominated for the award, I must share any accolades with my wife Gill, who is head gardener at Friends of the Park and my inspiration to keep going. The way the flowerbeds have improved since we adopted them in 2011 to stop the council grassing them over is down to her hard work and vision, plus our wonderful volunteers of course, some who've worked with us for as long as 18 years."

Cllr. Malcolm Allan (far right) represented Marple Area Committee at the awards ceremony and was vocal in his praises, saying: “Mark, Phil and Kevin are superb examples of people who selflessly give up their time and energy for the benefit of the broad community in Marple. We are lucky to have them and many more brilliant volunteers who do marvellous things for our area, largely unsung and without ever seeking reward and recognition. These three have done a huge amount over many years and gone beyond what most people could hope to achieve. They are an inspiration to others.“ 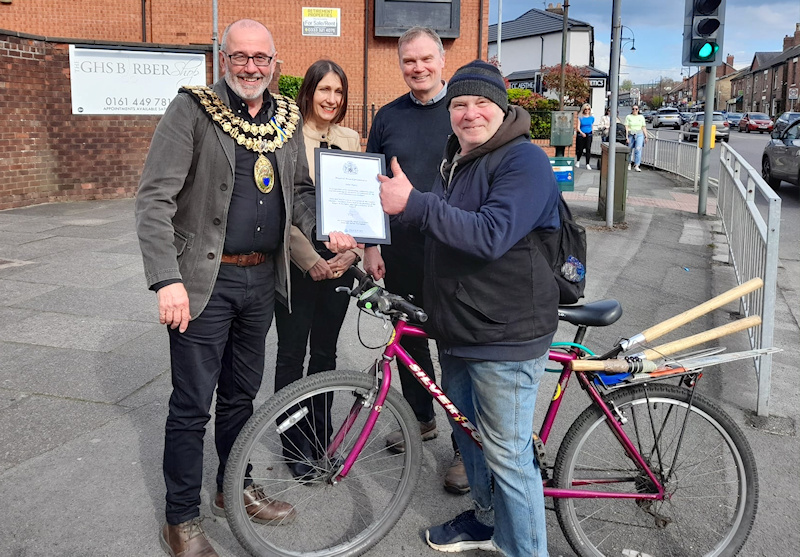 Footnote: "Dan Bank John", who spends so much of his time maintaining the flowerbeds along Dan Bank and many other areas of Marple was also nominated for an award. John declined to attend due to shyness, so the award was presented to him on Friday 15 April by the Mayor, Mayoress and Cllr Steve Gribbon, who takes up the story:

"Many people may be aware of 3 excellent local volunteers who recently received the Mayors community award at the Town Hall. There was a 4th also, I had (on behalf our community) nominated ’Dan Bank’ John Tyers. As John is not one for formal gatherings we had to look at another way to present the award. Today the Mayor and Mayoress surprised John whilst on Stockport Road and presented his certificate. John is absolutely made up with it and wished to pass on his thanks to so many who had suggested him. John is incredibly deserving of the award and keeping this a secret for a couple of weeks was worth it when it was clear how delighted he was."