A new chapter in the history of Marple Lime Kilns!

A structural report was undertaken by The Revealing Oldknow's Legacy Project that highlighted in excess of £100,000 was required to undertake remedial work to preserve this historic monument.

Following delays caused by the pandemic, Friends of Oldknow's Lime Kilns (FOLK) can now confirm that they've been awarded grants from the Association of Industrial Archaeologists (AIA), Historic England and Stockport Council to finally undertake this work after more than 50 years. 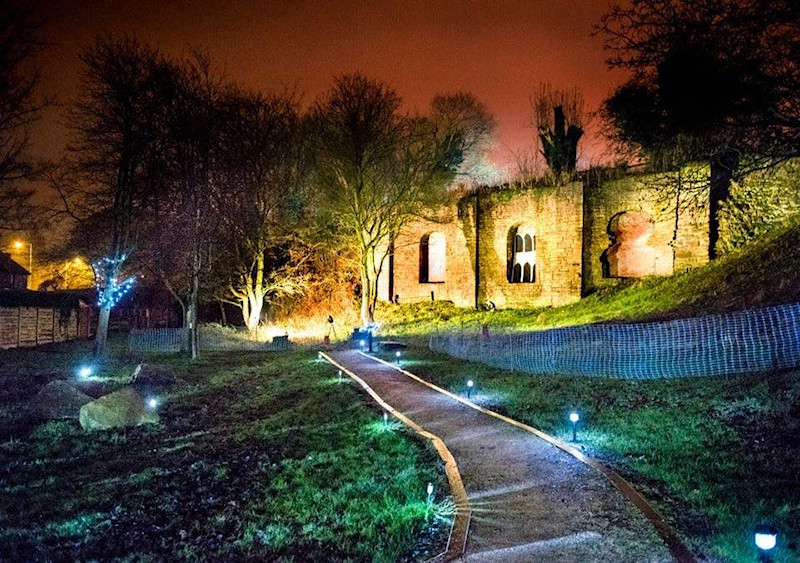 The Marple Website looks forward to learning more and seeing these works progress.

A reminder of how things were left in the 1970s

Following their closure at the turn of the 20th century until the early 1960s, little thought was given to Marple Lime Kilns, or their deteriorating condition. The familiar tales of vandalism and neglect, which have seen so many of our historical assets reduced to rubble, sadly made no exception for this unique structure. In 1963 efforts were made to have the kilns scheduled as an ancient monument and for the nearby cottages and farmhouse to become listed buildings of architectural and historic interest. This was eventually successful and the kilns were scheduled for Ministry protection as an ancient industrial monument. 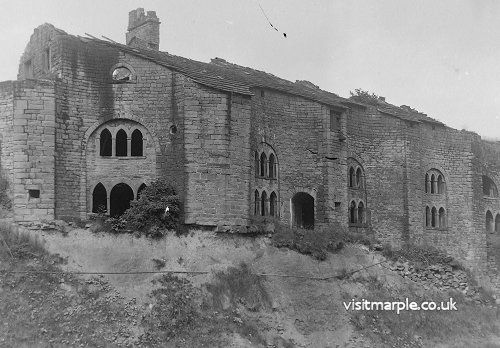 Newspapers of the time reveal that strong support for the preservation of the kilns had begun to gather, with fund raising by Marple Antiquarian Society (now Marple Local History Society), substantial cash donations, proposals for archaeological digs and the purchase of land by an anonymous benefactor. Unfortunately though, nothing had actually been done when, in 1966, there was a substantial collapse resulting in the loss of one of the kilns. This was followed by much procrastination caused by conflicting surveys into the condition of the remains, suggestions that the only option was demolition and counter arguments that demolition was not possible because the kilns extended so far under the canal embankment that the canal itself would be endangered.

Unbelievably, the arguments and debate continued well into the 1970's. The frustration of the Antiquarian Society can still be felt when reading their "A History of Marple", which says, "After many unavailing efforts to save them, the Lime Kilns were finally 'battered to a satisfactory angle' and the site landscaped at the cost of £6,437 in 1973/74."

Incredible as it may seem, even this was not the end of the saga. A report in the Stockport Advertiser in October 1975 reveals that the work on the kilns was not done to a satisfactory standard and the Department of the Environment refused to pay the grant unless remedial works costing £7,469 was carried out. This work was never done and today the remains of the kilns only hint at their former glory and historical significance.