Between 2002 and 2010 small business "Marple Promotions" - a spin-off from The Marple Website formed in 1998 - did its best to promote Marple to a wider audience with a range of postcards, open cards, Christmas cards, calendars and mugs. During this period the business supported the running costs of The Marple Website and from 2006 donated a grand total of £4,700 to local causes.

So what was Marple Promotions all about?

Marple Promotions was formed in January 2002 as a part-time business partnership between Peter Clarke, John Wilkinson and Mark Whittaker, founder of The Marple Website. The three of us felt that despite all Marple had going for it there was little effort made to promote the town, either as a tourist attraction or in any other way, so we decided to try and do something about it. Our objective was to develop ways to raise the profile of Marple and promote the town and its assets to the wider world. We also wanted to gain interest and support for the preservation of what is left of Marple's heritage.

Marple Promotions' first venture in 2002 was a series of eight postcards depicting local scenes from the Peak Forest and Macclesfield Canals. Showing Marple at its very best, these cards revealed the tranquil beauty of Marple's canals, which can be so easily missed if you pass through too quickly. 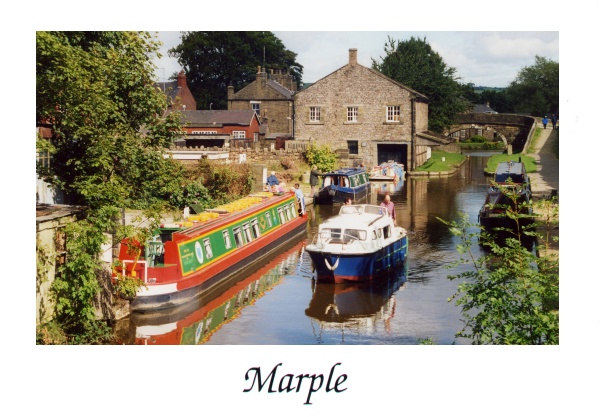 Postcards showing what Marple & District has to offer

In 2006 we complimented our original set of postcards with eight new designs. Although published at the same time these were perhaps more accurately described as two sets of four. The first set featured two new canal scenes, the entrance to Marple Memorial Park and Mellor Church. The second set was a series of multi-view cards, each featuring five different local scenes. 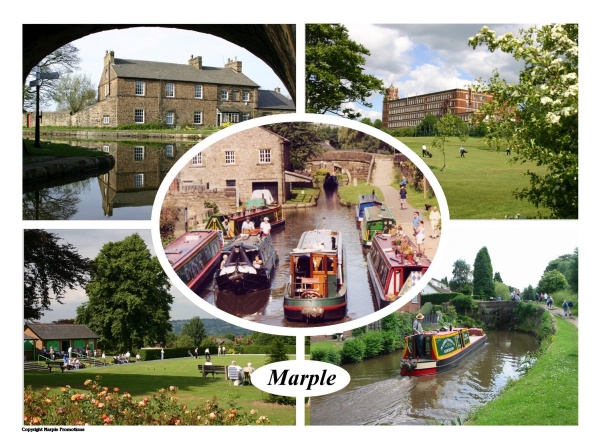 Following on from the success of our first set of postcards we introduced a range of eight open cards showing that the canals are not Marple's only asset. Later we added a further four open cards to the range, taking the total number of designs to twelve. The cards were all blank inside, so they could be used for any purpose, and featured photographs of local attractions. In addition to canal scenes there were pictures of Roman Bridge, Oldknow's Shuttle Stone, Mellor Church, Brabyns Lodge, the Keg Pool at Compstall, Hilltop Farm, Roman Lakes and Marple Bridge. 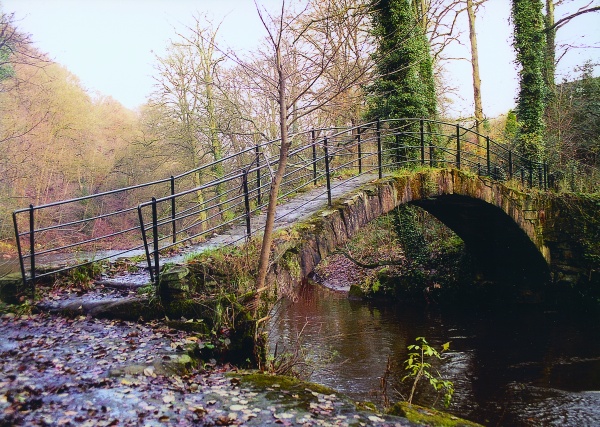 Packs 1 and 2 were the first set of Christmas cards we created for sale in 2002. 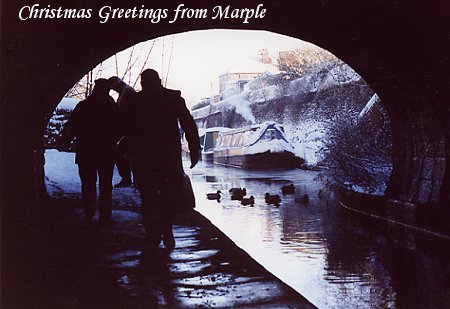 Packs 3 and 4 were the second edition of our Christmas cards created in 2005. 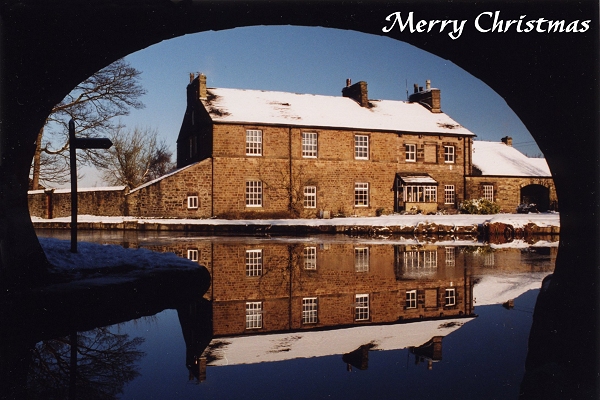 In 2004 we developed a product that was quite different to our previous efforts with our Marple Mug. The design was a collaboration with local artist Steve Abbott, who created the new design for us in the style of the Oldknow 200 mug that he designed in 1990 to celebrate the bicentenary of Samuel Oldknow's achievements. They make a fine pair if you happen to have one of the old ones! 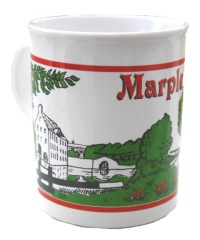 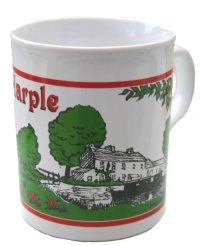