Samuel Oldknow's Mellor Mill was constructed between 1790 and 1793. For over 20 years you've been able to read Oldknow's Story and the history of his Mellor Mill and Estate on the Marple Website. However, it wasn't until April 2020 that sensational CGI film of the fire at the mill came to light from the archives of the Mellor Archaeological Trust. You can watch it here for the very first time. 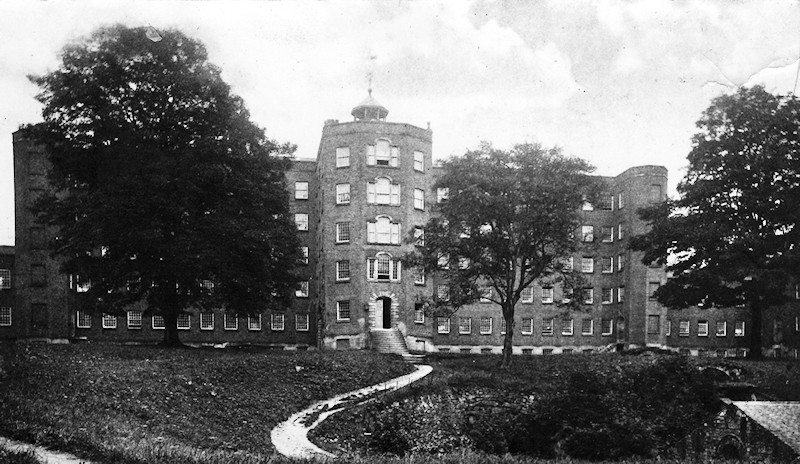 The front of Mellor Mill in its prime

Introduction: the story we knew...

The Mill continued operations for 100 years, until the disastrous fire on a foggy night in November 1892. The blaze was not noticed until 2 o'clock in the morning, by which time it had gained a firm hold and there was no hope of checking it with the fire fighting equipment then available. By 8 o'clock in the morning nothing remained standing of the main building but the towering walls, gaunt and bare. New machinery valued at £2,000 had only recently been installed in the mill by John Clayton and Co. and as this was only partly insured, the loss to them was considerable. At this time there were 200 people employed at the mill who would have had little hope in finding alternative work in the area. The following is an extract from the Cheshire County News report on the burning of the Mill:

...."Immense tongues of fire were belching forth from the windows. Higher and higher they leaped and blazed, the building and its environs being encircled with a halo of crimson light. A message was despatched to Marple and Compstall fire brigade, but they arrived too late to be of any practical service. The spectacle when the fire was at its height was a splendid but awe-inspiring one. The entire mass of buildings, which covers half an acre in area, was in gigantic blaze, brilliantly illuminating the district. Huge columns of smoke ascended into the heavens and hung in the form of a dense canopy over the burning building. One by one the floors fell in with a deafening crash and the machinery clanged together like the roar of artillery. Then the roof with one gigantic swoop collapsed, falling through the practically demolished building with a thunderous smash, amidst the shrieks of the by-standers, for all the village was now awake. The mill girls with their shawls over their heads, the children clinging, terrified, to their mother's dresses, and the men who had been striving to render what little assistance there was in their power, were all gazing at the burning pile......"

Now experience the incredible power of the blaze yourself...

How this amazing video came into being...

The film's producer, Chris Mann of Mellor based Mannmade Productions takes up the story:

I was approached by the late John Hearle, then chairman of the Trust to investigate the possibility of using the latest CGI techniques (computer generated Images) to recreate the fire.

To make the CGI as accurate a reconstruction as possible, I went back to newspaper accounts of the time which established the time of day, where the fire started, how quickly it spread and its ferocity. Consulting a software star chart established there was no moon on the night of 16th November 1892.

I worked out a storyboard to tell the story and contacted one of the top CGI animators in the country, Julian Baum of Take 27 in Chester. He was just finishing creating the space shuttle for NASA’s new museum (it seems they could not find anybody in the States with his forensic eye for detail) and he agreed to take on the mill project. Julian’s first task was to completely reconstruct the mill in virtual reality from the original plans, paintings and old photographs. 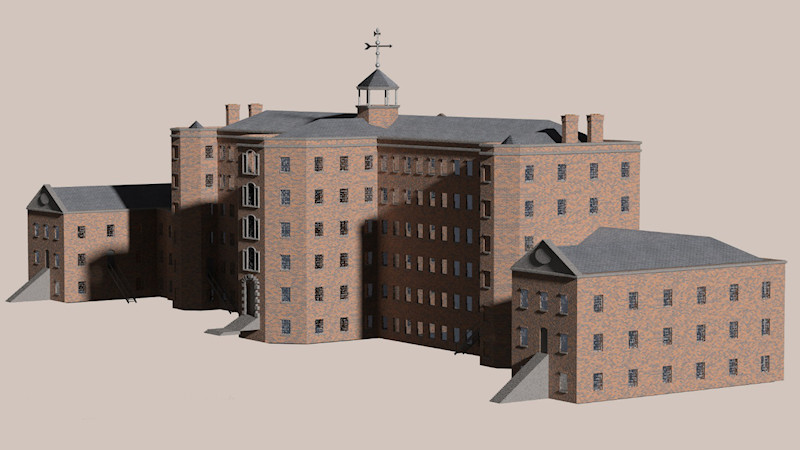 When that was finished he could rotate it to any position to match my storyboard.

Next he contacted fire officers who had witnessed mill fires who told him how violent the flames were because of all the wood soaked in lubricating oil and cotton fibres blown in the air. Julian was surprised by their assertion that the flames came out of the windows horizontally and then curled upwards. I showed him the film I had of the Wrens Nest Mill Fire in Glossop which established how high the flames went. 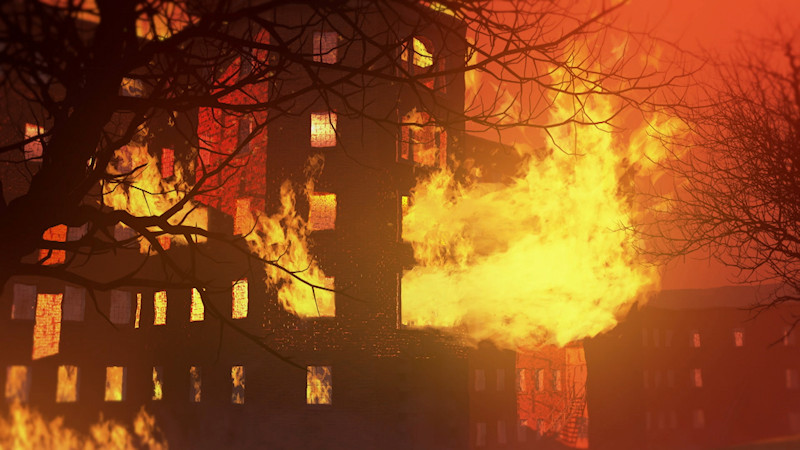 Flames roar from the windows of Mellor Mill 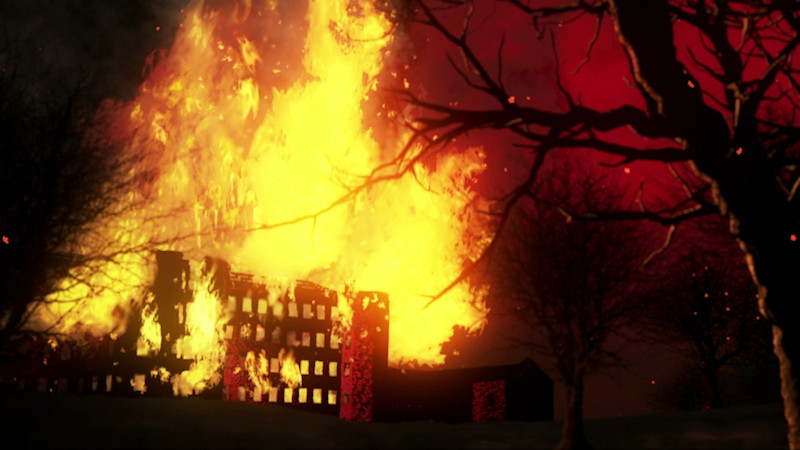 The spectacle when the fire was at its height was a splendid but awe-inspiring one.

Finally all his shots arrived in my cutting room as many thousands of individual high resolution still frames (the film was to run at 25 frames per second.) In the finally assembled film, I would like to think that we achieved a pretty accurate reconstruction of what happened on that fateful night in the winter of 1892.

You can read more of Samuel Oldknow's story on the Oldknow Legacy Project Website.