Lock No. 4 shows just how much the canal has risen

It's a great indicator of just how much we've risen in the short distance since passing underneath the Viaduct, which carries the Manchester to Sheffield railway line thirteen and a half feet above the canal. At Lock 4 the railway line now passes though Marple North Tunnel, which goes under the canal! 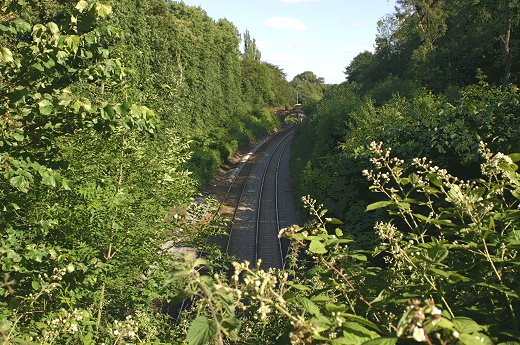 Here the railway goes under the canal!

The tunnel was obviously built last as the railways were constructed around 65 years after the canal. It must have required great skill on the part of the engineers and navvies involved to ensure that there was no damage to the canal bed and no disruption to the heavy narrowboat traffic of the time. 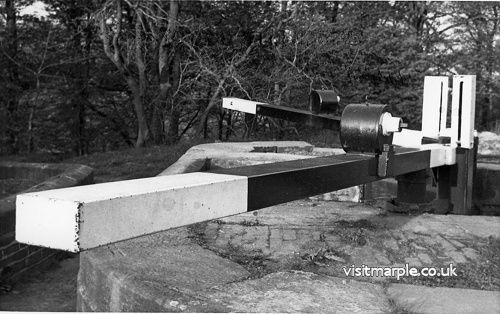 The metal gates of Lock 4 on the Peak Forest Canal.

The picture of the winding gear below shows the modern system that was replaced during refurbishment of the locks and was freshly painted for the Bicentenary celebrations in July 2004. 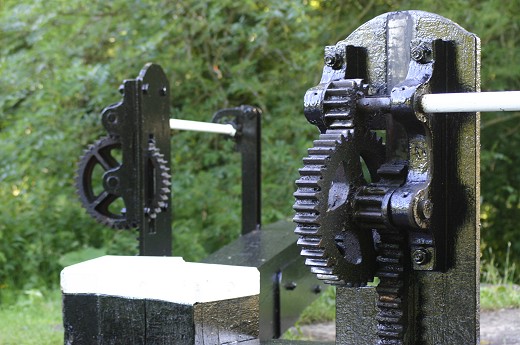 Some locks have a flight of steps built into the wall below the lock chamber so that the boatman could easily climb up onto the bank, an example of which is shown below. There used to be a metal or wooden platform by which he could reach the steps after steering the boat into the lock, but these have long since disappeared, although the steps can still be seen at several of the locks. 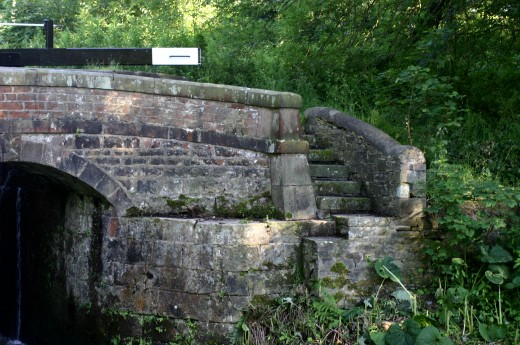