As these walks from the "Name Book" include very few other notes or details they have been grouped together for convenience and page size.

There are only a couple of photos from this period so pictures from other years have been included just for interest and to break up the text. 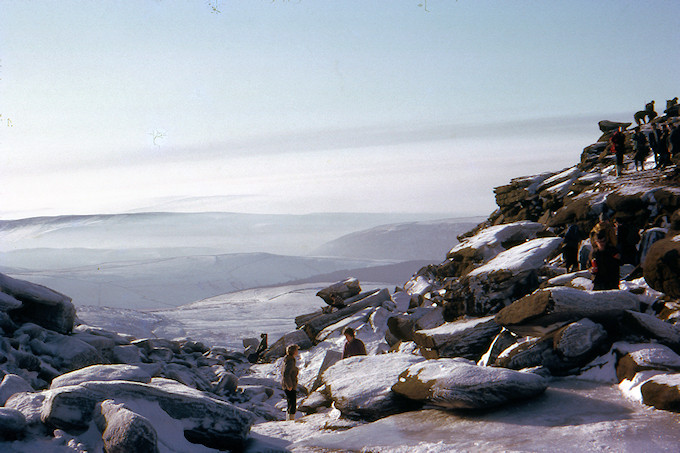 (above names in a different handwriting and difficult to read)

Glossop - Mossylee, Spring Cabin, Shelf Benches, on rocks and in caves. Fernee Hall, The Pike, bit up right side of clough, then dropped to stream and scrambled nearly down to boundary wall. Good fun. Some 1st years tended to push on too fast. C Gilbert can't stand height.

Cold easterly wind, cloud at 1700ft, slight snow - sleet lower down. Had good fun. Must watch some of the sproggs - think they're too clever.

A few poor soles - one plain leather army boot. Good day - plenty of scrambling fun. Good to have a fair number of girls. 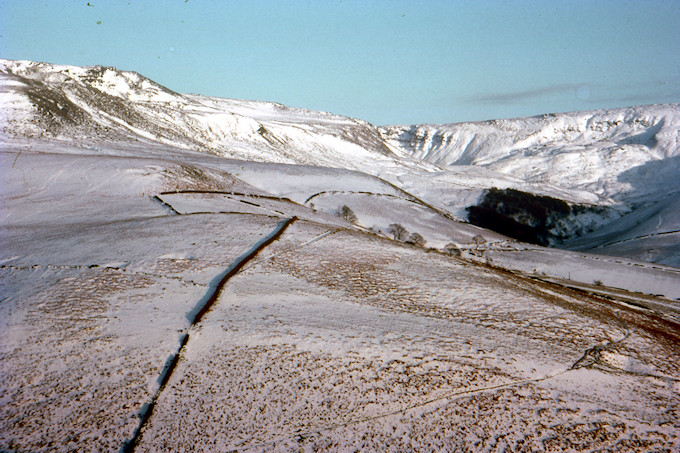 (the fare against each name is 35p)

Bus to Litton Mill, thru' to ....... Mill, on over bridge into Monsal Dale (Hd & family met us). Had lunch at weir. Continued along Monsal, over A6 - Dim Dale, Taddington, Chelmorton, A6 - nice bit just before A6. Chee Dale to Millers Dale.

No litter noted - nothing to report except 1 man with no map or compass asked way to Snake Road. Seen 45, including own group. 2 Warden patrols. 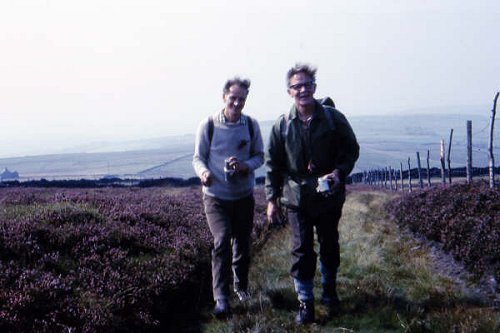 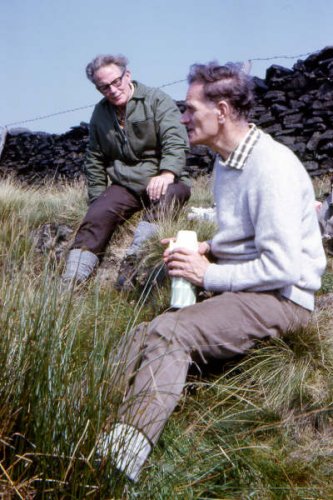 Hayfield, Kinder Reservoir, Nab Brow - down Horrible Hill, round to Mermaid Pool, to Downfall - across to near Fairbrook Naze, along edge, to William Clough, to Kinder Reservoir Water works, Hayfield. 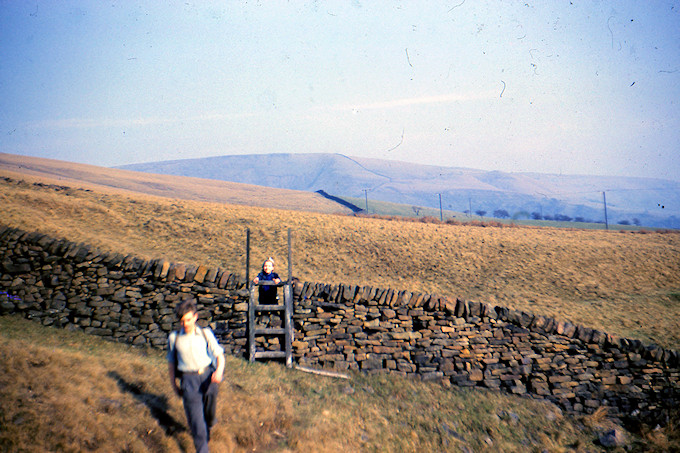 (No more details given) 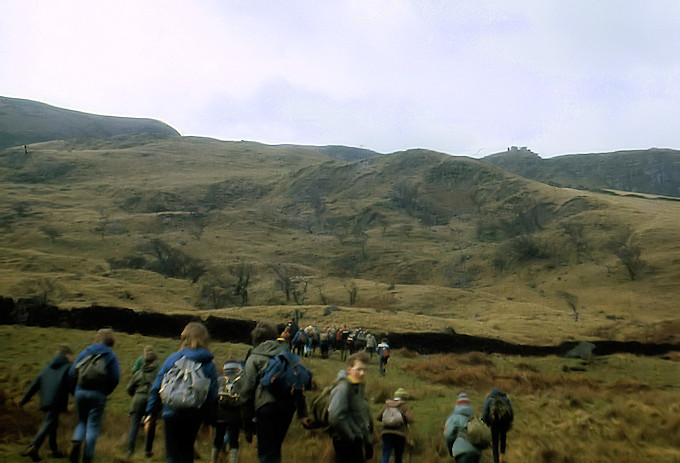 (no further details given) 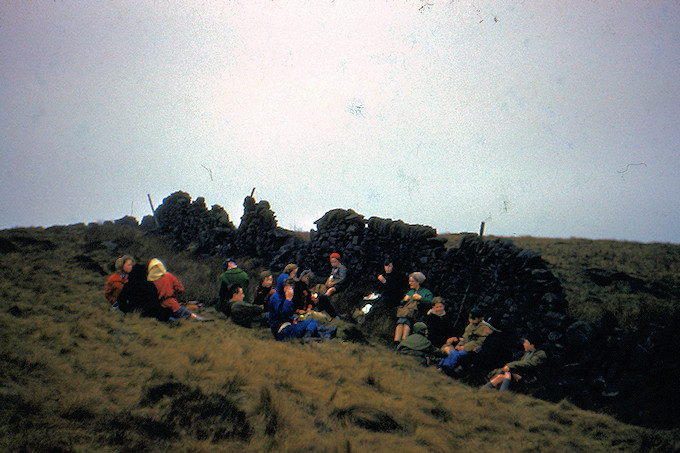 (no more details given)

A pleasant day - girls had inappropriate footwear - did not note instructions. They are getting boots and rucksacks soon. 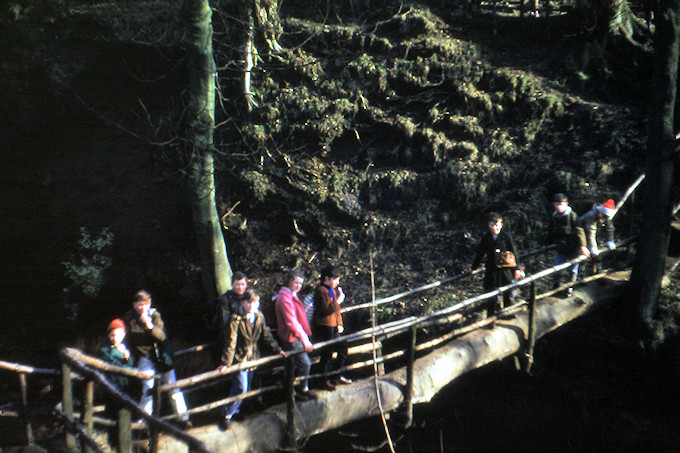 (no further details given)

(the fare was 15p. No further details given) 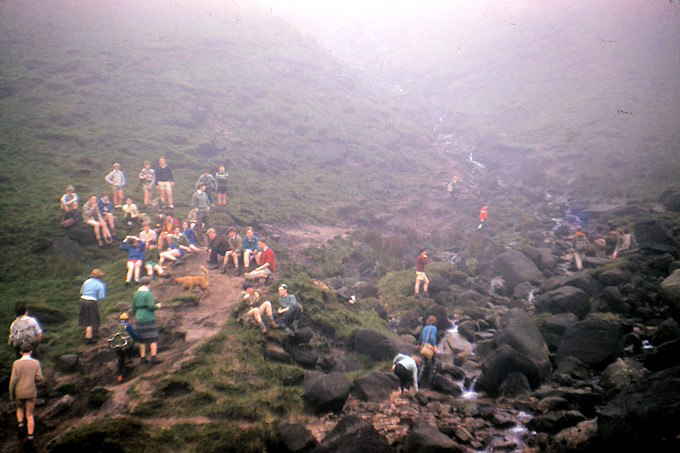 (the fare paid was 50p. No further details given)

De-bussed about 1½ m out of Buxton on the Leek Road.

No details of walks after this date have been found.