Lock No. 6 was once the site of a Lock Keeper's Cottage 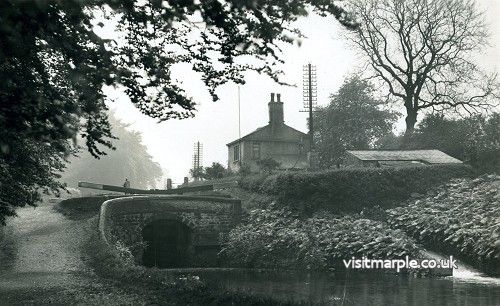 Glen Cottage at Lock 6, the only picture seen of it from this side.

At lock 6 there used to be a lock-keeper's cottage called Glen Cottage but it was demolished during the sixties, when the canals were not being maintained. There are several good photographs of this dating from the early 1900s. One is obviously later than the others because a conservatory has been fitted. 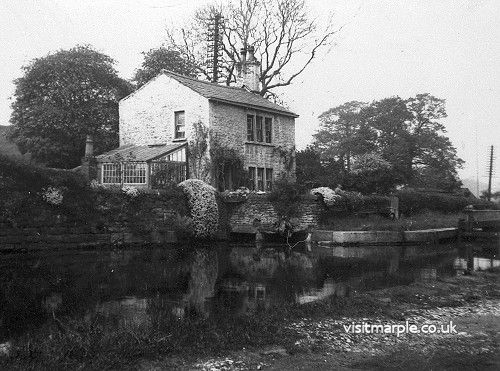 A view of Glen Cottage, the former Lock keeper's cottage next to Lock 6.

The watercolour below, purchased on e-bay, was painted by the artist John Tuson on 24 May 1963 and, as can be seen, the cottage was derelict at that time.

On the tow path side just above Lock 6, virtually hidden by trees and undergrowth, can be made out the remains of an old side pond. It still has water in it but is no longer functional. Quite often a heron can be seen here, silently stalking his prey.